Lil Kim Attacks 50 Cent For His Comments About Her Daughter

Written by groundupradio on September 10, 2022

Lil Kim Attacks 50 Cent For His Comments About Her Daughter

Lil Kim has taken a stand after 50 Cent mocked her daughter on Instagram. The rapper’s remarks were made in reference to the song “Plan B” wth Megan Thee Stallion. Lil Kim dropped lyrics that 50 Cent alludes as a diss towards Nicki Minaj and her son. The 50 also deleted a post on Instagram that referenced Lil Kim’s daughter. “@nickiminaj, you better light her a** up!” he wrote alongside a photo of the Lil Kim posing next to an owl. Lil Kim took to her Instagram to respond to the remarks. 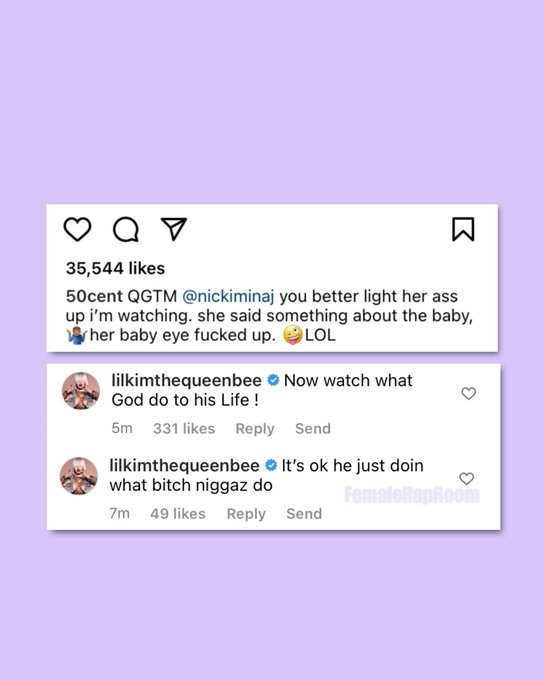 Snoop Dogg Says He Has A Dr. Dre Produced Album On The Way

Gucci Mane and Keyshia Ka’oir Expecting Their Second Child Together